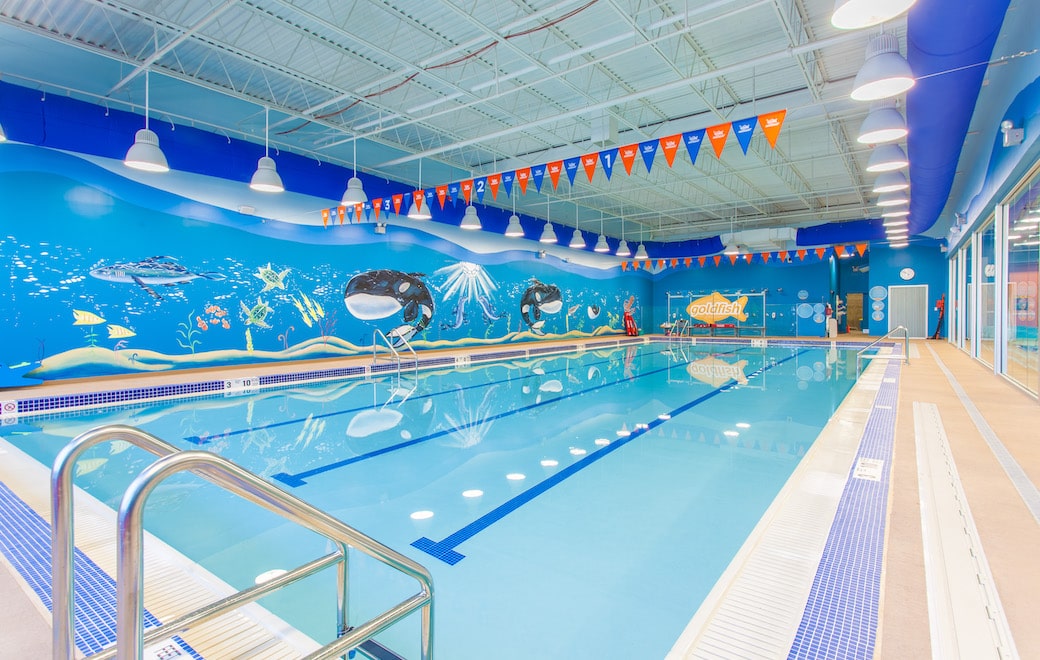 “Tangram is the ideal development to raise a family with recreational activities at their fingertips in Downtown Flushing,” said Robert Wineman, partner in BHB Group, the owner of Goldfish Swim School –Flushing at Tangram. “We couldn’t be more excited to bring Goldfish’s state-of-the-art swim facility, high quality instruction and impressive water safety curriculum to families in Flushing, Queens.”

Located at 133-27 39th Ave in Flushing, Goldfish Swim School has committed to an approximately 8,000 s/f space at Tangram with plans to open by spring 2021.

As an official partner of the USA Swimming Foundation, Goldfish Swim School –Flushing at Tangram will have a 75-foot, three-lane pool with a viewing area for parents and caretakers as well as a snack bar.

More than 130,000 children from infants to 12 years old learn to swim at a Goldfish facility every week. The new Tangram center will also offer fun family swim sessions and birthday party packages. Goldfish Swim School –Flushing’s Tangram location expects to accommodate more than 3,000 kids as well as their parents each week.

After kids and parents have finished their session at Goldfish Swim School, they can treat themselves to a nice meal at the restaurants at Tangram, or grab a quick bite at Tangram’s food hall and head to other attractions the development offers.

“Retail nowadays needs to be rethought in such a way that it portrays experiences as opposed to traditional brick and mortar leasing. Tangram continues to exemplify this with the addition of experienced-based retailers such as Goldfish Swim School,” said Helen Lee, Executive Vice President of F&T Group, which is developing Tangram with SCG America.

“The addition of Goldfish Swim School signifies the seamless lifestyle we are offering here and is the perfect daytime and weekend junior tenant for Tangram.”

Tangram features 275,000 s/f of retail in a multi-level space alongside a sky-lit atrium.