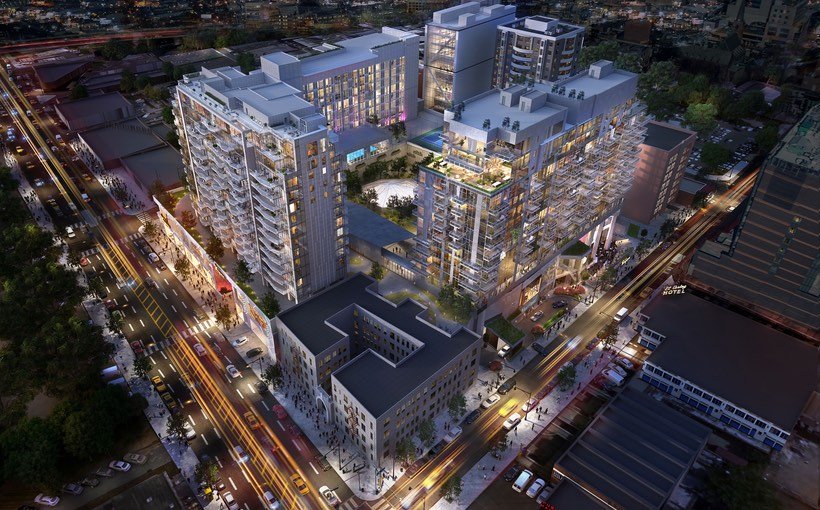 The first of two residential towers in Flushing’s Tangram, a 1.2 million-square-foot mixed-use development, is nearly sold out as closings and move-ins have begun, the developers announced Thursday.

About 95 percent of the tower’s 192 apartments — a mix of modern studios, one-bedroom, two-bedroom and three-bedroom units — have already been bought.

Tangram House West’s 132 units are expected to hit the market in late spring 2020 and range from studios to four-bedrooms.

Residents will also have access to an 8,000-square-foot health and wellness club, a 24-hour-doorman lobby, a one-acre outdoor garden and an outdoor tennis court.

“With Tangram House South, we set out to introduce a new level of luxury to Flushing, with stunning apartments that showcase Manhattan-caliber finishes and spectacular private amenities complemented by the incredible retail, culinary and entertainment offerings at Tangram,” said Helen Lee, Executive Vice President of F&T Group, which is developing Tangram with SCG America.

The residential towers designed by Margulies Hoelzli Architecture are just one part of the mega-development.

“As construction progresses and the development takes shape, we are excited to celebrate this important milestone at Tangram and see our vision of transforming this neighborhood and lifestyle come to life,” Lee said.

The development’s office building, the 12-story-high Tangram Tower, was the first to open and companies have already begun moving into its 48 office condominiums.

The Tangram also features 275,00 square feet of retail space, anchored by Regal Cinemas which is expected to open next summer, and another tower will house the Renaissance Hotel which is currently under construction and is scheduled to open in fall 2020.

Construction of the entire development is expected to be completed by the end of next year.