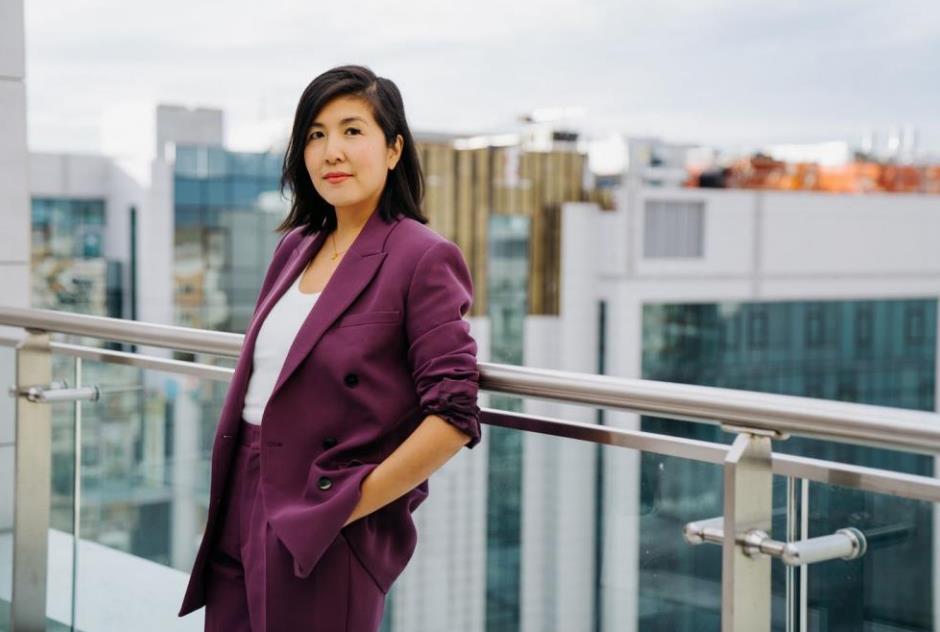 An $800 million development in Flushing, Queens, is poised to open in February with an array of upscale retail chain stores, cafes and restaurants that will be unrecognizable to most Americans.

The Tangram project will include the U.S. flagship location of Xiao Long Kan Hot Pot, a restaurant popular in China, and machi machi, a Taiwanese cafe known for its bubble teas. The site also features the first New York City location for Miniso, a Japanese-inspired purveyor of housewares and stationery.

Tenants are required to display signs in both Chinese and English. The movie theater will show Hollywood blockbusters subtitled in Chinese on its 4-D wraparound screen. An Orange Theory fitness center, meanwhile, will be the first in the national chain to offer group classes in both English and Chinese.

F&T Group and SCG America, co-developers of the 1.2 million-square-foot project, aim to appeal to the 2.5 million people of Asian heritage who live in New York City and throughout the tri-state area.

Helen Lee, F&T’s executive vice president, said she hopes for no less than transforming this low-rise Queens community into the U.S. version of Shanghai or Tokyo.

Tangram is illustrative of a trend reshaping shopping centers nationwide, said Brandon Svec, national director of U.S. retail analytics for commercial real estate information provider CoStar Group. Looking to differentiate themselves in an overbuilt retail environment and lure online shoppers, landlords are returning to the roots of retail, he said, “which means understanding the drives and needs of the community.”

Expect to see similar offerings that appeal to the local and ethnic communities across the nation, Mr. Svec said. In Houston, for example, the PlazAmericas mall caters to Hispanic-Americans with anchors such as SuperNova Furniture, along with a 83,000-square-foot “Mercado” leasing tiny spaces to local vendors.

“It seems like that just makes sense,” he said of malls catering to local tastes. “But many landlords got away from that in pursuit of long-term leases with national chains.”

Michael Lee, F&T’s chief executive, moved to Flushing from Taiwan in 1982 when it was still a relatively sleepy neighborhood. He started with small developments including a day-care center, said Ms. Lee, his daughter and manager of the firm’s day-to-day operations.

Flushing, which is home to one of New York City’s big three Chinatowns, already has established itself as the top U.S. destination for Asian people, said Queens Chamber of Commerce President Thomas Grech, and as New York’s fourth-largest commercial hub.

The Tangram project will cement that status, he said. “It will be a destination.”

A tangram is a traditional Chinese geometric puzzle and here refers to the various building elements and combinations the developer considered when creating the complex.

The development covers a city block and includes Tangram House West, a 132-unit condominium with glass curtain walls and a minimalist design.

When it opens next summer, residents will have use of a 60-foot indoor heated saltwater lap pool. A 1-acre interior garden will be planted with 50 cherry trees and feature a 3,500-square-foot pavilion with lounges and meditation areas. Units sell from $680,000 for a 484-square-foot studio to $3.39 million for a 2,300-square-foot penthouse.

Embryologist Harry Hou recently bought a two-bedroom apartment at Tangram for his elderly mother, who previously lived in an apartment complex two blocks away. Tangram will enable her to shop and dine out without leaving the campus. “And it really felt like an upgrade,” he said.

A 208-room Renaissance Hotel is also under construction. Ms. Lee said it will appeal to tourists from Asia and other locations who prefer to use Flushing as a home base when visiting New York.

Offices that can be purchased rather than leased are popular in the Asian community. The project’s Tangram Tower is an 85,000-square-foot, 48-unit office condominium. It is already largely occupied by doctors, banks as well as accounting and law offices.

But the development’s heart will be the mall offering mainstream versions of the options offered on the crowded streets of Flushing, where tiny shops hawk sesame buns and skewered pork intestines from windows along the sidewalk.

A 24,000-square-foot food court with a futuristic cyberpunk feel will include 15 vendors selling fare ranging from Korean-style hot dogs to Japanese Ramen.

CoStar’s Mr. Svec expects a lot of buzz surrounding Tangram and similar venues. “There will be a lot of demand for the engagement and entertainment this Flushing mall is bringing,” he said.