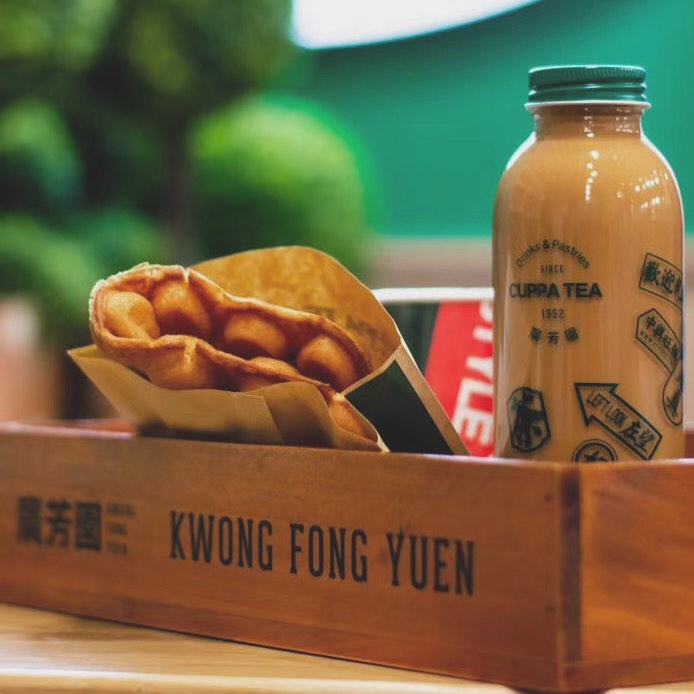 How much do you know about milk tea, really?

You’ve probably had it at your local boba spot. A sugary concoction that can, at its worst,
serve less as a drink in and of itself and more as a tapioca delivery system.

The thing is though, that kind of milk tea is Taiwanese style. It’s a wildly popular
version, but milk tea isn’t originally from Taiwan.

Hong Kong was a British colony for 99 years, and there are few things that both Chinese
and English people take as seriously as tea. When those cultures collided, they inevitably
came up with new ways of drinking it. 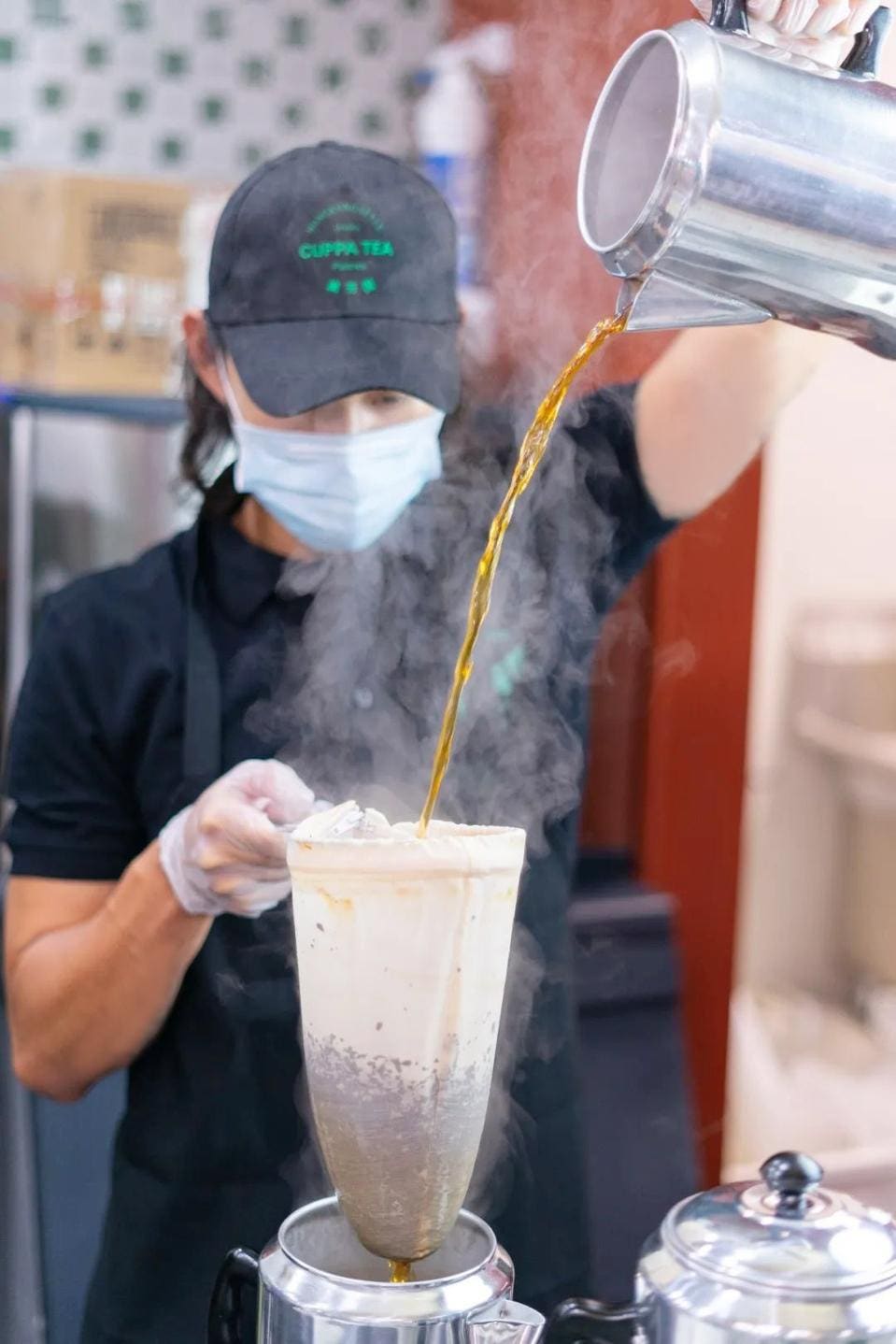 In Hong Kong, milk tea is serious business. According to Julie Li, master franchisor for
Cuppa Tea’s first US locations: “In order to drink authentic Hong Kong-style milk tea,
you have to go through a certain boiling process, and the pull tea process and the
brewing process. That’s why it takes a really long time. That’s why we sell out. Because
we have to have at least 30 minutes to prepare one pot. Usually in one pot we can
prepare six or seven milk tea drinks. But a lot of people want it cold. If you want it cold,
we need time to cool it down. And to cool it down without ice takes longer.”

I interviewed Li at Cuppa Tea’s Flushing, Queens location, and she said that because
their brewing process is so involved, it severely limits what they can supply to
customers. Their tea shop has only been open a few months, but they have lines out the
door and sell out of tea every day. She had to set aside a bottle for me to make sure I
could try it.

Li told me that they initially tried to keep up with demand, but eventually had to set a
cap on how much any one customer could order to keep the shop from selling out “in an
hour.” Because they do everything from scratch, and are situated in a heavily Chinese
neighborhood, people are clamoring for their tea. 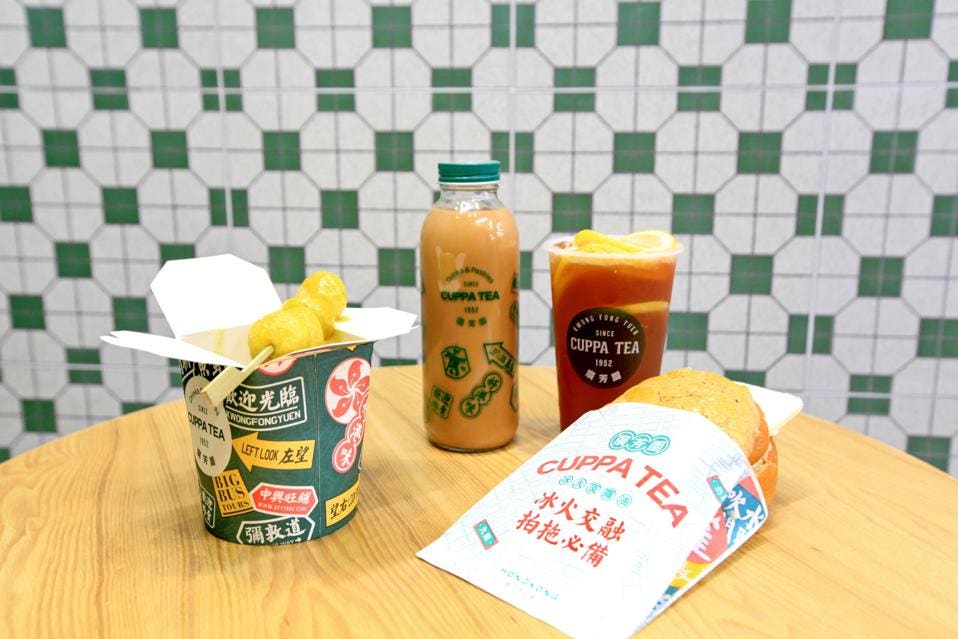 Lines out the door are a great problem to have, but for Li, they are still a problem: “We
do love good business, but it’s actually put us into a bind.”

The ongoing strains of the COVID-19 pandemic mean that, “It’s so hard to order from
certain suppliers.. and the pricing can be crazy. I remember when we just started the
pricing for one container [of tea] was around $3,000. Right now they’re reaching
$30,000.” Li has had to limit her food menu as a result of supply chain issues, has had a
difficult time ordering everything from syrup to cups, and is currently only serving a few
of snacks that would usually accompany Cuppa Tea’s drink offerings.

Opening in the midst of COVID was an additional obstacle, since workers are fleeing the
hospitality industry in droves. Early on, Li, the store manager, and her husband spent
up to 14 hours a day at Cuppa Tea to compensate for the lack of skilled employees who
could keep up with the demand.

But despite this, they have never let quality slip. I visited Cuppa Tea with a friend who
has family in Hong Kong, and both of us were impressed with the milk tea, which he
said was better than much of what he’s tried there. We were also particular fans of the
curried fish balls, which are hard to find in the US. 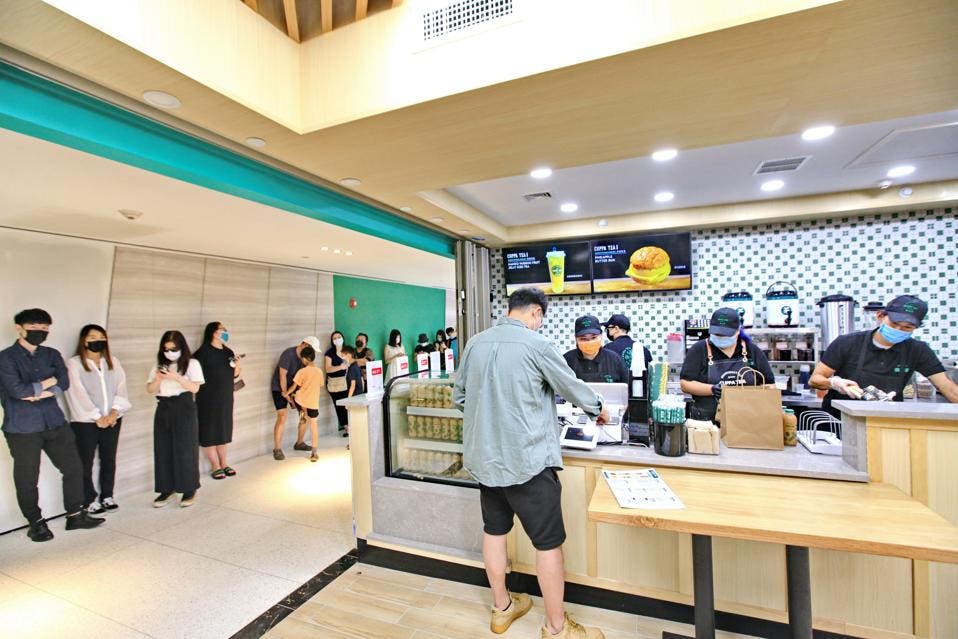 Cuppa Tea in Flushing, with a line out the door

To keep up with demand as much as possible, Li has worked closely with other bubble
tea businesses, particularly at their College Park location near the University of
Maryland: “We try to support each other as much as we can, see whose shipments get in
first, and maybe can help each other… Whatever raw material you need, let’s say the
syrup or the tapioca, anything we need to make from scratch.”

That cooperative spirit and a cold bottle of strong tea is all you can ask for sometimes.